OVER FIVE WEEKS I WILL BE POSTING THE FIRST TEN CHAPTERS OF GARGANTUAN ADVENTURES – THE SECRET GATE. PLEASE ENJOY. IF YOU HAVE MISSED ANY THEY WILL BE ON THE BLOG PAGE.

‘Where are we going?’ Davina asked wearing her own clothes and brandishing her small bag of belongings.

‘Please climb in the van, we will tell you more once we’re on the road,’replied the new mother.

‘I need to know where we are going first. I am not just climbing in a van with a stranger!’ said Davina.

‘We are not strangers anymore and you will do what we say because we are now your legal guardians. We own you!’

The potential parents glanced at each other with looks of aggravation.

‘We can do this the easy way or the hard way,’ mumbled the ‘father’ revealing tranquilising darts attached to the inside of his jacket.

What choice did Davina and Ghost have? They climbed in the large, black van which had white leather seats and darkened windows. They had no idea where they were going and who the people were who had selected them.

With a screech of wheels the pair were driven out of the compound. The atmosphere in the back of the van was full of concern. Ghost fidgeted and picked the skin around his nails and Davina turned her attention to the vast forest, it spanned for miles. Yes they had escaped the school but maybe they were now in a worse situation.

‘Ghost tell me honestly… did you see the stones move?’

Ghost found a particularly tough bit of skin on his thumb and pulled.

Davina watched the forest and waited for his reply. There were hundreds of boulders in all directions, too many to make sense of.

Ghost followed her gaze, sighed then shuffled closer to her. ‘Why?’ he whispered.

Davina twirled her hair. ‘You saw something didn’t you?’

Ghost nodded but sensed he was being listened to so gestured for her to mouth or write what she needed to know.

‘What were you trying to tell me before?’ Davina rummaged in her bag, found a pen and wrote on some paper. She then passed it to him.

Ghost sighed and made direct eye contact, ‘You know when you made that call… something very strange happened with that huge lump of stone that was behind us,’ he whispered.

‘Well it transformed into a weird shape and then…’

‘And then what?’ mouthed Davina.

‘Then when you turned round it disappeared,’ wrote Ghost.

Davina scratched her head. ‘What kind of shape was it?’

Ghost closed his eyes. ‘It looked like an eagle or something like that. It was half eagle and half something else.’

‘What else?’ Davina wrote rapidly.

‘Look I don’t know… It happened too quickly and I was well… well I was… you know…’ Ghost whispered and then fidgeted. ‘Davina have you really lost your memory or is it a lie?’

With a sigh, Davina studied Ghost’s harrowed face, ‘Why would I lie? It’s the truth; all I remember is waking up at the base of that church. One night I looked up to the sky not knowing where I was. I remember that beside me was a shattered stone and that’s all. I went onto the streets to find food. I was scavenging for a few days and doing pretty well too. That is until I was caught,’ she answered in a hushed tone.

‘You just weren’t fast enough were you?’ pressed Ghost.

‘They shot me with a tranquiliser otherwise I could have outrun them or fought.’ Davina huffed and folded her arms.

‘Well since you already think I’m weird… all the time I was out there I felt like I was being followed.’

Ghost checked out the new parents. They seemed preoccupied with whatever it was that adults thought about. ‘So where did you sleep?’ he continued.

‘At first I slept in the churchyard – nobody was going to bother the dead were they? But after that I went to the public toilets, it was warmer and… well the shadows didn’t crack or move.’ She replied with a slightly raised voice.

‘What do you mean crack?’ Ghost asked with alarm.

Davina thought back to the time she slept in the churchyard; she had noticed large, heavy shapes of certain creatures flying while others crawled and prowled amongst the gravestones.

‘So how do you think you ended up at that church?’ asked Ghost, breaking Davina’s thoughts.

‘I have no idea how I got there, or who took me there. It was the strangest thing… I have no memory of my life before,’ Davina replied with a shrug.

Ghost huffed on the window and drew a small question mark in the middle of the condensation.

Davina subtly smiled. ‘Anyway why are you so dangerous?’

‘For some reason my family think I’m cursed,’ he replied sadly. With an upset look, he shook his head.

‘Well I always end up in trouble. That’s why I keep to myself.’

‘What sort of trouble?’

Ghost was about to say something when the female parent glanced into the back of the van and noticed the two whispering children.

‘Davina and Ghost I need to interrupt you. Since we didn’t have a proper chance to be introduced… I am Emma and this is Dolan.’

Davina smiled sweetly. ‘Nice to meet you… So who sent you?’

Ghost frowned, how had Davina suddenly become so nice?

Emma eyed Dolan anxiously.‘Look there’s a lot you have to learn. Wait until we get back to the tower and then all will be revealed.’

Davina’s eyes narrowed; there had been no mention of a tower before.

‘What type of tower is it?’ asked Davina eagerly, attempting to interpret Emma’s facial expression.

Emma struggled to maintain the pretense of nicety and broke into a nervous smile, she removed her small, dark glasses. ‘You’ll find the tower interesting when you see it. It isn’t like other towers; things will all start making sense once you arrive. You might even recognise it.’

Davina studied both Emma and Dolan; something about them was not completely human. It was as if they did not have any emotions and their eyes… Actually, their eyes looked like cat’s eyes with vertical slits for pupils. They had cleverly concealed them behind dark tinted glasses. Davina’s gut flipped and she instinctively knew that she could not trust them. She had to take action.

‘Erm Emma, where did you get my description from?’ asked Davina meekly.

Emma smiled a mysterious smile, ‘Davina I think we need to discuss that once we’re inside the tower.’

Davina shot Ghost a look of warning; they had to get out of there!

‘Emma I think I’d rather know now. Maybe you need to look at this from my point of view…’ argued Davina.

Emma smirked. ‘No actually I don’t Davina. You are in our care now which means you will do what we say and that is it!’

Davina’s body tensed, ‘the pulse’ was rising. She had to focus.

Ghost fidgeted in his seat, he didn’t like it one bit!

They travelled in silence while Davina scanned ahead. The truck was coming to a junction and slowing down. To the right of them was marshland and to their left the forest. Davina signalled to Ghost what she intended to do. Ghost nodded and glanced out of the window. To his right there was a sign pointing down to the earth, to the tower and to a place called Gargantuan. Ghost frowned; the distance written next to Gargantuan stated it was zero miles away. Ghost tapped Davina on the shoulder and pointed. With a definite look in her eye, Davina noiselessly opened the truck door. She swiftly bolted behind the van, immediately followed by Ghost. The pair ran as fast as they could towards the trees. From there they darted through thicket until they found a boulder to hide behind. Ghost pointed out a path amongst the trees, which seemed to lead to a cave.

‘Shush,’ gestured Davina. The pair peeked over the top of a boulder watching Emma and Dolan’s reactions.

Back at the crossroads, Emma turned to talk to the children. The back seat was empty. Emma froze: the door was open and the children were gone.

‘Quick – the children, we need them!’ Emma screamed. ‘She’s going to go mad if we don’t bring them to the tower!’

With a glance over his shoulder, Dolan screeched a U-turn and carefully retraced the road behind them. He eventually pulled up close to Ghost and Davina’s hiding place.

‘Urrrk! We need to get her before she works out what and where Gargantuan is,’ fussed Emma.

‘We’re in trouble now,’ spat Dolan, his shoulders hunched and sweat dribbling down his brow. ‘We should have locked the doors.’ Gritting his teeth, he shook his head, ‘She’s going to be so angry. How on outside earth can we explain?’

‘I have to say the girl has talent. Even without a memory she still managed to sense us. Although, what she doesn’t know is whether she just ran away from the right or wrong people. We can use that in our favour,’ Emma said scanning the area.

Dolan frowned. ‘So do you think her memory loss is true? If it is don’t you think it’s a clever technique?’

Emma agreed with a nod. ‘Although it can work to our advantage. In some ways it makes it easier for her to be distracted from her mission. Maybe she will sabotage herself. Also she has no idea what she is up against does she?’

There was a sense of smugness between the pair of them.

‘In the meantime let’s release the search parties into the air. They will find her!’ Emma said with a glance at her phone. 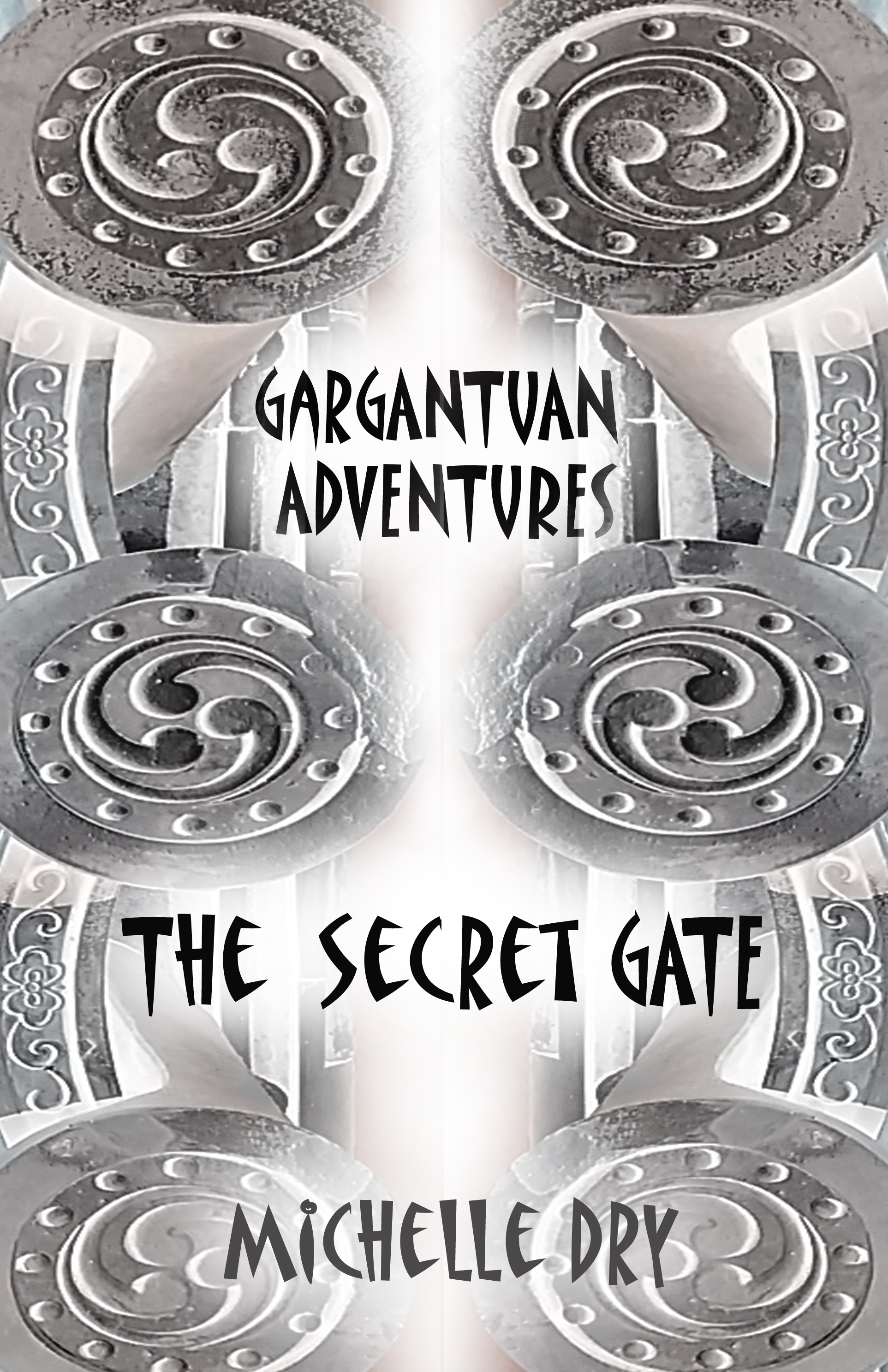