Will Spriggit and Sproggit Win the Monsters’ Dance With The Twinny Twirl? 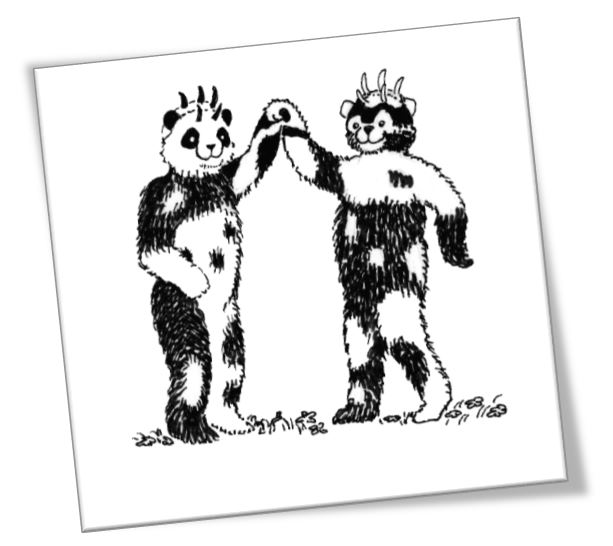 Spriggit and Sproggit were small for monsters. They were the size of small ponies and just as wide. The pair of them had patchy down covering their body. Their skin looked similar to Dalmatian dogs. Where one had white splodges, the other had black splodges. They were exactly opposite in their patchy hair pattern arrangement. Their panda-like faces had huge bushy eyebrows, one white brow and the other dark. Of course where one brow was dark on Spriggit it was pale on Sproggit – that was how they were. On their heads they had five horns. Spriggit had three dark horns and two white horns and Sproggit had two dark horns and three white horns. Now what made them marvellously monstery was along their spines they had scales that stuck out like pointy stars. The pair were equally opposite to each other in pattern, horns and personality. Where Spriggit liked to do things in order, Sproggit was chaotic and that was what caused the problem. Spriggit preferred to create an ordered dance and Sproggit wanted to just go with it and chaotically express himself. The pair had spent a lot of time arguing until they finally came to a compromise. 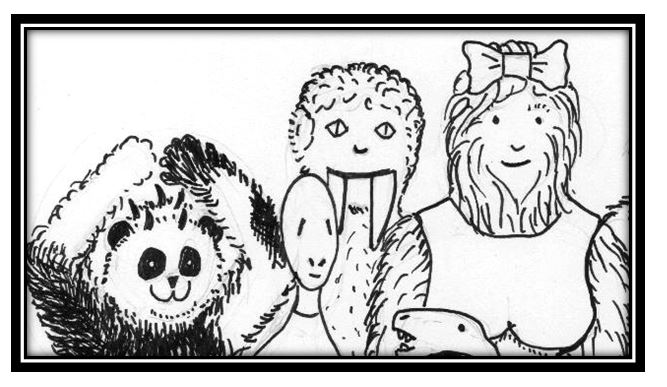 Spriggit switched on the music and glided into the imaginary dance arena in a precise and calculated dance. He paused as Sproggit, in his chaotic state, shimmied, tumbled and pranced to join him. Once Spriggit had accurately danced his steps they high-clawed and Sproggit erupted into freestyle. The contrast strangely worked. The pair circled, shimmied and came to a final lift where Sproggit took a run up and… Spriggit launched him above his head. Sproggit tumbled through the air and landed on his feet and rolled with his legs aloft. For the finale Spriggit cartwheeled and tumbled his way over, did a handstand which he carefully and in a controlled way enabled him to fall onto Sproggit’s feet. Sproggit used his feet to spin Spriggit like helicopter blades and launched him into the air where he landed perfectly. At the same time Sproggit flipped to standing and the pair did a final shimmy, landed and lifted their claws in the air like gymnasts. The music stopped and the pair panted. They glanced at each other and caught their breath. ‘I think that is about as good as we can do before the dance,’ said Spriggit. The pair were thoughtful. ‘Once more and that is it…’ said Sproggit. The pair took a deep breath. Went back to their original positions and re-set the music. Just one more time!

LINK TO THE MONSTERS’ DANCE ON AMAZON.COM

LINK TO THE MONSTERS’ DANCE ON AMAZON.CO.UK 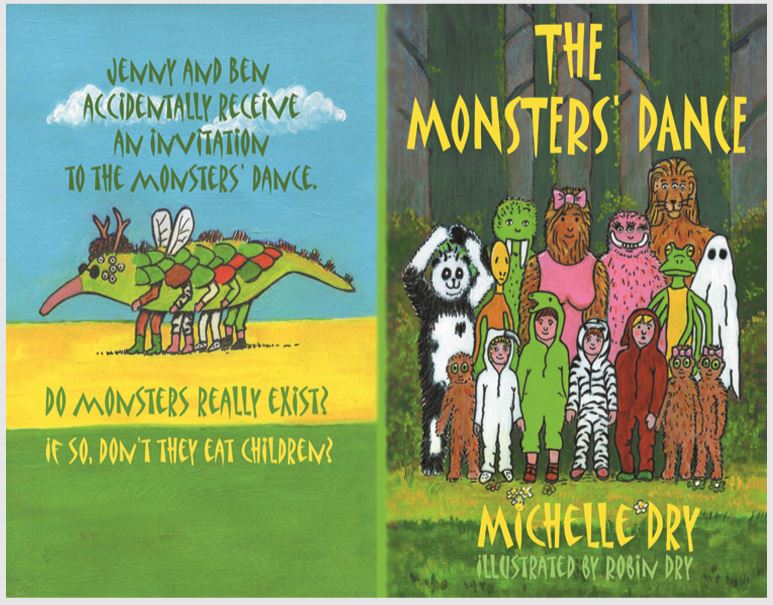