CRUISE SHIP CREATURES – THE ‘WE JUST LOVE TO DANCE’

THE ‘WE JUST LOVE TO DANCE’

Some people just love to dance. They might clearly like to show people how much they love to dance. When a person has a passion then why not share it? The ‘We Just Love To Dance’ creature will take every opportunity to show their moves whether it is at a sail away, to a live band or in the dance classes. Sometimes they don’t even need music or can be carried along by the music in their headphones. They dance away like they are attending a silent disco. Some love dancing so much that they take the opportunity to tap dance along the deck, especially when practising for the talent show. There were complaints from a cabin when a group of ten rather portly ladies took to the decks to practice their tap dancing routine before the talent show. ‘It sounds like elephants stampeding in high heels,’ said the complainer.

Other ‘We Just Love To Dance’ creatures behave as though they are the stars of Dirty Dancing and you can find them practising in the strangest areas like in the library or in front of the ship’s napper. Some practice dancey lifts in the pool but that is a Dirty Dancing cliché! If there is a secret nook there may well be someone doing a shimmy because they quite simply love to dance. Imagine the lift/elevator opening to reveal someone dancing to the music inside. Good on them, they just love to dance!

There are of course dance lessons and on some ships there are gentleman hosts allocated to the role of dance host. That is where the dancing can become rather exciting. According to the gentleman hosting rules there shouldn’t be any special attention given to any particular guests. There have been ladies who time the dance hosts and will cut in or tap their watch at the end of a dance. Who would have thought that the love of dancing could create some juicy conflict?

If you ever want a bit of solid entertainment, then attend any of the dance classes on board. You can learn to tap dance, salsa or ballroom dance. The details will be listed in the ship’s paper and to say that it is fun would be an understatement. Sometimes there is an air of competition and haughty dancing superiority but that in itself is amusing especially if the ‘Phantom Blow Off’ (you will find out more about this character later) is in the room. Of course there will be some fantastic dancers who are there to show their natural ability. Alternatively, if you have the coordination of a drunken giraffe climbing onto a hammock then it is precisely the opportunity to challenge yourself and demonstrate moves never witnessed before in public. No one said you have to be good at dance to just love to dance! 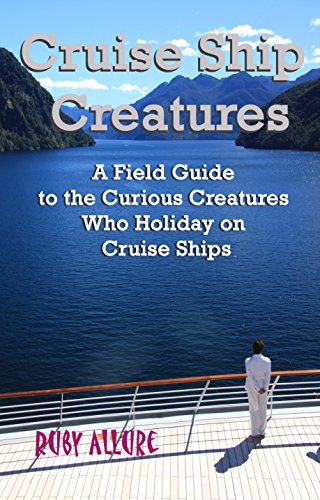