The lightening blasted in all directions as the storm rolled towards the beach. There was no taking cover because the intrepid selfiepaths were ready and the stormy selfie frenzie began. That evening there was no selfie sunset but a lightening selfie storm instead.

Women donned large brimmed sun hats as they worked the selfie walk intrepidly towards the storm with their selfie stick aloft. This is where Darwin would have raised an eyebrow (strangely without a selfie-stick and mobile phone in hand) 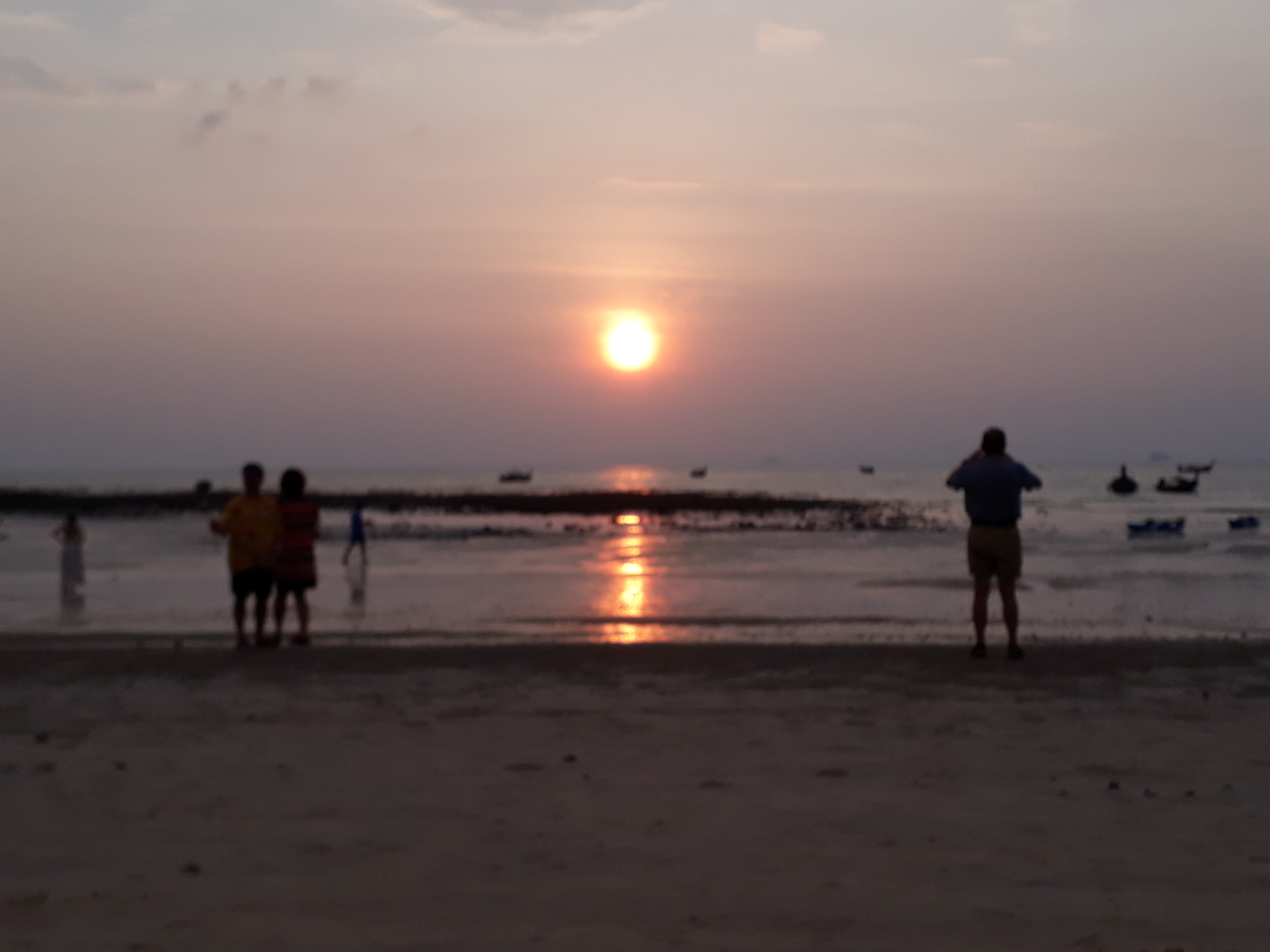 The ultimate selfie:- struck by lightening on the most beautiful beach in the world – now that could have been epic and no doubt would go viral! Luckily there were no barbecued tourists because the rain deluge was equivalent to Igasu falls dumping its rainy load. One minute it was clear and as if by magic a giant waterfall manifested. It was amazing. What made the view increasingly bizarre were the selfiers were playing to the soaking.

They spun enthusiastically, raising their arms and grinning as though they were seeing the results of a rain dance after years of drought. The behaviour was weird and a sign of the times. The panoptosism has gone a step too far and people’s behaviour has become both derranged and deluded. The era of virtual vanity has fuelled mass delusion.

The storm ensued with huge bursts of lightening and tremendous thunder that resembled a giant’s rumbling stomach. A moment later a random voice in the selfiepathic crowd cried ‘ hey isn’t is dangerous to be wet in a lightening storm and higher than surrounding ground?’ He spoke as though he had discovered the underlying principles of the universe and shared them with humanity. No shit twatman! An onlooking monkey had more sense and watched the selfiepaths with curiosity, in the same way as an intellectual observes an idiot and wonders if they are serious.

The crowd murmurred amongst themselves. Rather than seek safety, they paused and continued selfying. My hope for humanity diminished in that moment. Idiocracy is coming… Our current selfie state is: ‘if in doubt get a selfie with it.’

Oh shit there is a Tsunami -selfie. Oh shit Godzilla is about to attack… quick selfie. When a selfie with a hideous monster turns up in Hollywood films then we know it has been accepted by the mass and completely normalised.

Now taking the odd selfie doesn’t mean you are a selfiepath. It is when the desire for the selfie overrides any sense of social etiquette. One may have selfiepathic tendencies, which may not be terribly obvious because the unfortunate truth is the world has gone selfie mad. It really has… As many of you know I write books where I create comedy field guides to various types of people. Examples of them appear in The Office Zoo and Cruise Ship Creatures. At times these sterotypes are funny but the selfiepaths have crossed the boundary of amusing into down-right-bloody-annoying!

What makes this blog ironic is that while I was on holiday I started writing this selfiepathic ditty after some seriously weird selfie situations that verged on insane. When I appeared dismayed by a selfie-off, I ended up chatting to a couple about the extremes of the selfie phenomenon. At that precise moment a selfiepathic blonde wearing a minuscule bikini climbed up on the terrace of the rather nice resort we were staying at and shamelessly selfied in front of us for at least five minutes before security approached. Every pose, pout and position contained in hundreds of photos took place in those five minutes. We were stunned because synchronicity had delivered precisely what we were discussing. She had absolutely no shame in adopting random poses in front of strangers.

Where did the name Selfiepath come from? Well it flew from my mouth when describing the strange selfie-spectacular situations. The manic selfiers had to be named and selfiepaths seemed to fit the bill. After a little research on Google it seems a few others have adopted the same word. Now how do you identify a selfiepath? I think we all know the answer; however, here are some signs of selfiepathism or selfiepathitus:

The unbridled need to selfie endlessly.

The reckless abandonment to do whatever it takes to get that selfie.

No shame in standing in front of strangers posing, pouting and positioning.

Shoving others out of the way or trying devious means to gain prime selfie position.

The selfiepath does not engage with others because they are too busy selfie-ing.

They will sneak into position and selfie with celebrity or well known persons without asking permission and feel theu are entitled to take such a picture without asking.

The photo-setting on the phone is already on selfie.

The selfiepath is only aware of what is going on on the screen rather than around them.

Hours spent scrolling through selfies to find the ‘right’ picture.

Taking up additional training to enable more varied selfies. You know it has gone when a selfiepath photographs themselves in ridiculous poses. (One chap repeatedly flung himself through the air until he was completely exhausted).

So the dark questions:

Do you know any selfiepaths?

For those that don’t like selfiepaths there is a rebellion on the horizon because there will be increase in compulsive selfiepath photo bombing syndrome. A new disease that will enable nature to balance the selfiepath oddity that has turned up in an era of virtual vanity.

THE LINK TO BOOKS BY MICHELLE DRY ON AMAZON.CO.UK

This one is doing rather well at the moment because it is perfect for people watching:

And the kids books moving up the ranks probably due to exploding toilets, extremely hairy legs and monster slime: 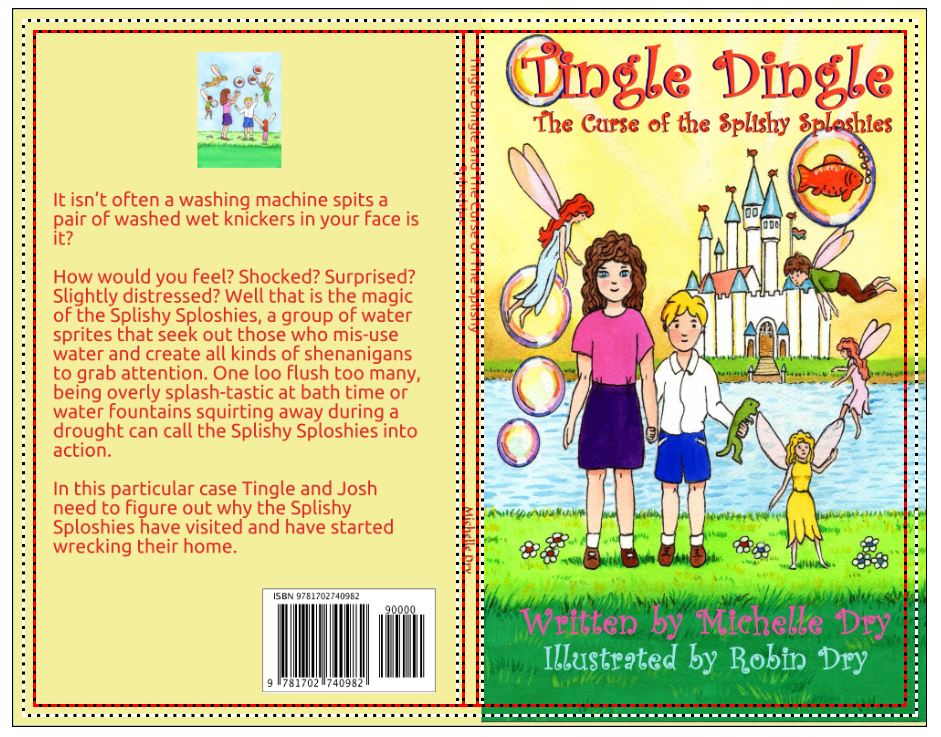