Tingle Dingle and The Curse of The Splishy Sploshies – CHAPTER 6

After lunch the group made their Splashdom adventure preparations.
‘Is that the last paddleboard?’’ Auntie Joanna asked, loading the third paddleboard onto the top of her van.
‘Yes,’ replied John.
He studied the van, ‘So we have wetsuits, life jackets, water, snacks and our waterproof bags. Is there anything else we need?’
‘Wetsuit boots?’ said Tingle optimistically.
‘We don’t want to get cold feet,’ said Tingle’s mum with a smile, pleased that Tingle had mentioned them.
‘We have towels, we have a change of clothes and we have food in the fridge.’ Auntie Joanna stood with an expression on her face that suggested she had missed something important.
Tingle watched the adults getting everything ready while Josh made sure he had his dinosaur.

‘Oh singing bowls!’ said Auntie Joanna. ‘Gosh that would have been a disaster. We would have paddled to Splashdom with no way of getting in.’ She paused as she thought where they would be.
Dianne turned went back in the house, then came back with a bag. They were in granny’s old treasure chest. ‘I brought the whole bag.’ She handed the bag to Auntie Joanna.
‘Phew… phew… phew…’ she said.
Josh and Tingle glanced at each other, a singing bowl – what was that?
‘Auntie Joannaaaaa,’ said Josh stringing out her name. ‘What’s a singing bowl?’
Auntie Joann paused and studied Josh, ‘You will see when we use it… We will take a few, so that we know which one is the right one. Well done Josh for reminding me.’
‘Here we go,’ said Tingle’s mum as she placed three different sized round pouches in one of the waterproof bags. The way Auntie Joanna and their mum smiled at each other was all so very mysterious.
‘So…’ asked Tingle, who was still confused by what was going on… ‘Why are we taking paddleboards?’
Tingle’s mum crouched down beside Tingle and Josh, ‘We need to go to the source and have a chat with the Great Splisher and the Great Splosher. Now such great beings aren’t going to be living where everyone can find them. They don’t want the general public to know where they live. In fact, most people don’t even know they exist. So Splashdom has to have a secret gate and needs a secret key that will let the Splishy Sploshies and the Great Splisher and Great Splosher know we are not a threat. Since we are working with water, the place where they are located is only accessible by water. Now, we are all going together, so we all need to go by water.’
‘I like water,’ said Josh.
‘Head torches!’ Cried John out of the blue.
‘Head torches?’ Dianne replied studying him with a confused expression.
‘Why don’t we just go by boat?’ Tingle asked. 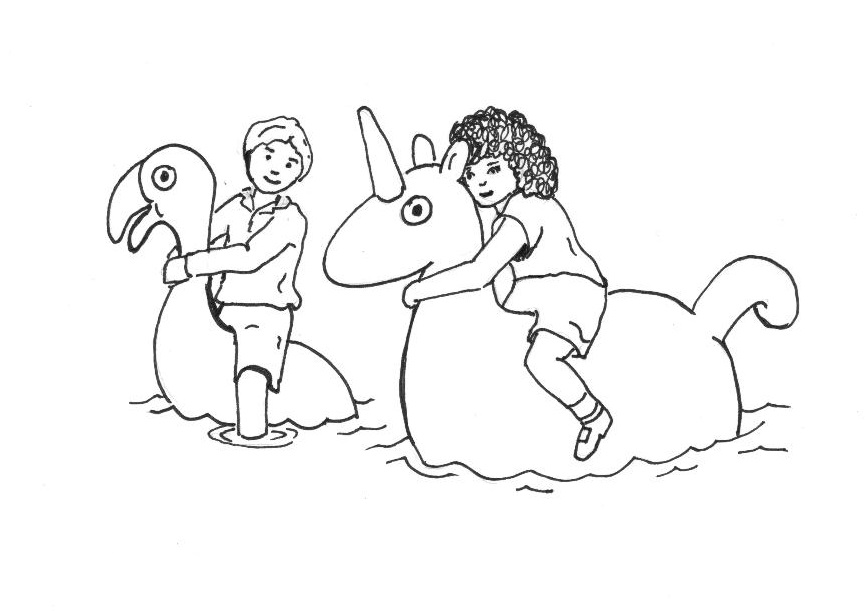 ‘We don’t have a boat,’ replied Auntie Joanna. ‘We have one inflatable Kayak but that could puncture and it would be like a whoopee cushion if it deflated. The loud raspberry sound could be quite threatening. I feel we are best visiting on our paddleboards.’
‘I like head torches,’ said Josh.
‘Why do we need them though?’ asked Tingle. Her parents were definitely being weird!
‘Just in case it gets dark or we go to a dark place like a cave,’ said John, trying to consider everything they could possibly need.
‘I am a bit scared,’ said Josh. He didn’t like dark places and he had no idea where they were going. Why did they need wetsuits and what would a head torch be needed for? Also something called a Great Splosher conjured images of giant creatures that looked like a ginormous squid. He found that giants were often scary until you got to know them.
‘Are we ready? Do we have everything?’ Auntie Joanna said thoughtfully. There was nothing else she could think of.

The adults were silent as they went through everything they might possibly need. ‘I will take my Swiss army knife,’ said John. ‘It has everything on there for all eventuality.’
‘Right then – in the van everyone. Seat belts on and off we go!’ said Auntie Joanna.
‘Are we going far?’ Tingle asked. ‘Do I need to take something to play with for the journey?’
‘Nope just around half an hour in the van to the launch area,’ Auntie Joanna replied.
Tingle felt butterflies in her stomach. What were they going to discover?
‘Seat belts on?’ Auntie Joanna called as she switched on the engine.
‘Yes…’ the group cried in unison.
‘Music on…’ With that some watery dance music came on.
Tingle and Josh glanced at each other.
‘We need to be happy for the Splishy Sploshy adventure,’ Auntie Joanna said as she began to drive. ‘The Splishy Sploshies like fun, they like being happy and they like to dance! So let’s have fun on the journey!’ With that the music made the whole group want to jiggle in their seats as they drove.

CLICK HERE FOR TINGLE DINGLE AND THE CURSE OF THE SPLISHY SPLOSHIES ON AMAZON.COM

CLICK HERE FOR TINGLE DINGLE AND THE CURSE OF THE SPLISHY SPLOSHIES ON AMAZON.CO.UK 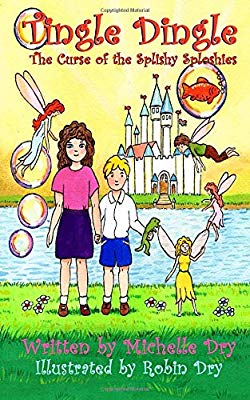