WAGGLING, WRIGGLING AND A LOT OF MONSTEROUS DANCY JIGGLING

What Jenny and Ben didn’t know was in caves and secret nooks and monster crannies, all kinds of mighty monsteracious moves were being practiced. Romper the Stomper monster was rehearsing her steady stomping steps. She was a giant monster covered in hair. The humans would say that she looked like a yeti, but she was a very curvaceous yeti with a huge pink bow tied to her frightening fringe so that she could see. She looked like those funny Pekinese dogs but in giant form. To match her pink bow she had a rather lovely pink sequined dress. She had selected it purposely to provide a little party prancing pizazz. While she stomped, waved her arms and pulled some rather exciting moves her family of little stompers sat on the sofa watching. In the centre of the cave living room three beasty bushy babies bounced into the air from the sofa as their mum stomped herself into a furry frenzy. After one final stompy sequence, where everything around them shook and clattered, she finally came to rest. With a loud pant she turned to her little stompettes to gage their reaction. 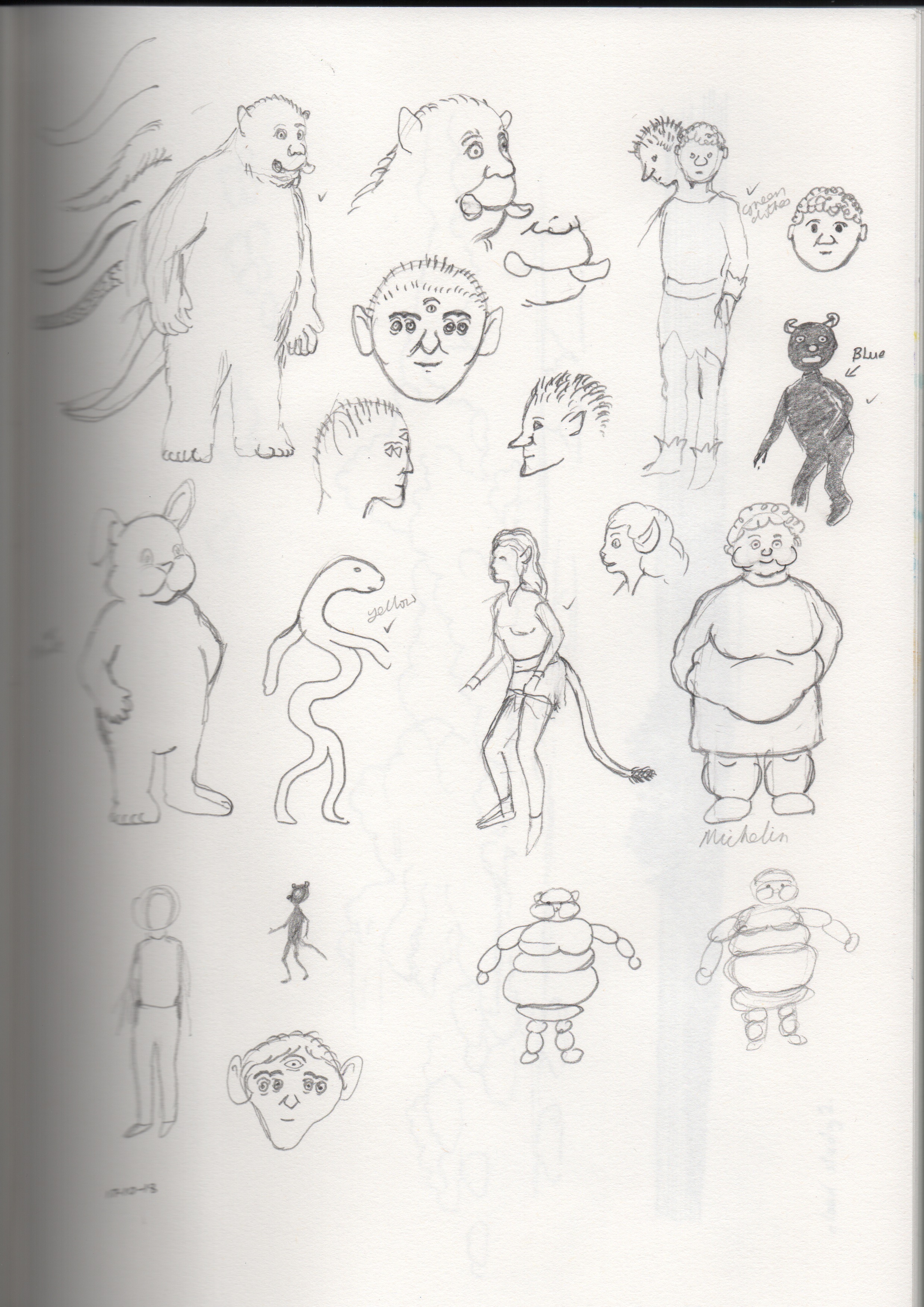 ‘Yey mummmmmy!’ they cried. The three tufty triplets, with huge green eyes, clapped excitedly. When their mum had reached the peak of her stomp they had almost touched the ceiling with her thunderous thudding and that made them giggle. Surely their mum had to win – her stompacious power could create an earthquake of a colossal size and magnitude if she gave it her full stomping power! Romper took a seat and panted, she only had a few more practice sessions and she intended to win. Surely such a super stomp would impress the judges. Just as she rested, Ripsnorter, her partner arrived home, walked through the door and gave her a huge kiss. ‘Is everything okay darling?’ he asked, noticing she looked tired and a little rosy.

‘Just practising the Slammacious Stomp,’ she replied with an eager look in her eyes.

‘Do you want to see?’ Romper Stomper asked.

The tufty triplets clapped excitedly because they were about to bounce again and maybe this time they would touch the ceiling!

‘It seems that the tiny tufts have made that decision,’ he said taking seat on the sofa. 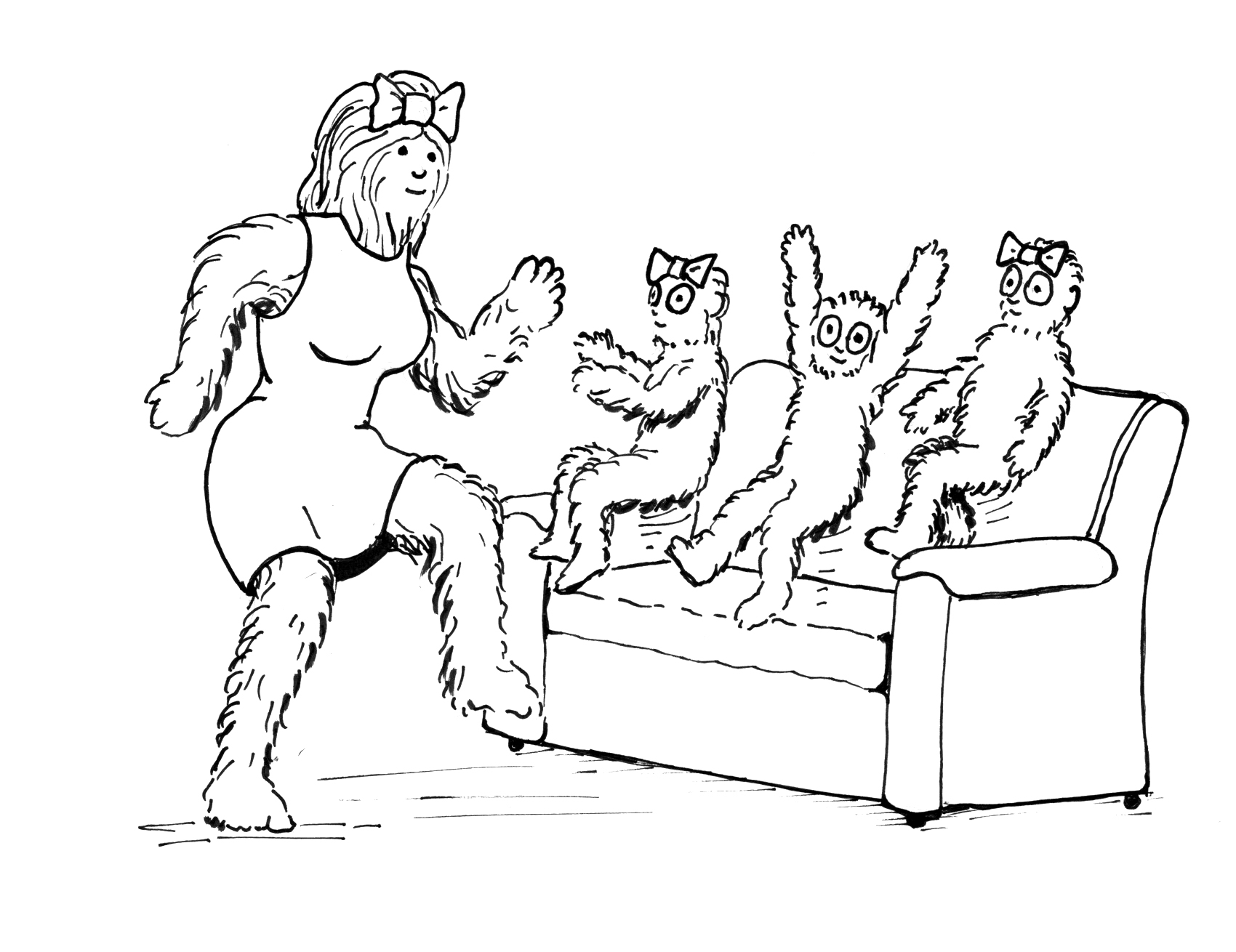 Romper reset the music and gazed at Ripsnorter and began the Stomp. The tiny tufts screamed with delight as they were propelled into the air. She paused after her first set and Ripsnorter clapped enthusiastically because it was certainly a powerful prance. After she caught her breath she gazed at him with a certain expression. He smiled, he knew what that look meant. He patted the tufty triplets, stood up and reached out his hand. The pair launched into a simultaneous stomp together. They swirled, stomped and spun in harmony to the pounding music.

‘Yipeeeeeee!!!!’ shrilled the bushy babies as they bounced into the air and all that surrounded them trembled and shuddered with every slammacious stomp.

Not too far away, in a mossy cranny, where the ancient lichen-covered trees arched into a beautiful branch-entwined house, Gulp the greedy monster was gyrating. He had a round head, large eyes and a mouth that could fit a water melon inside. Gulp, as his name suggested, was known to hoover up food. If there was a lavish buffet, and he reached it first, then there would be nothing left for anyone else. The speed at which he ate astounded the other monsters and his reputation for gobbling up anything he could lay his multiple hands on was the talk of the forest. He had once arrived early at a birthday party and before the other monstery guests arrived he had eaten all the party food including the birthday cake. Needless to say, he was told off and never invited to a birthday party again (which made him sad but he just couldn’t help himself). When he was asked why he ate everything and didn’t leave anything for anyone else, his excuse was that eating everything he could lay his hands on was simply his instinct. If there was food nearby then he had to gulp it. The problem was his greedy gut tendencies made him very fat and he had been advised by the Monster Medics that he had do something to keep him fit otherwise he would be ill. That was when he learned to dance. Through his dancing he discovered that he could move and shake his stomach like a belly dancer. The rhythmic belly ripple was hypnotising. That mesmerising mid-rift motion could send a whole room into a dream and when they were in that state he could wipe out the food and no one would know it was him. Gulp had a plan, he knew there was going to be a lot of party food at the Monsters’ Dance. If he could generate the right guttural gyration then he could festively feast on fiendish food far beyond his imagination. The thought of a festive feast excited him and he intended to win! 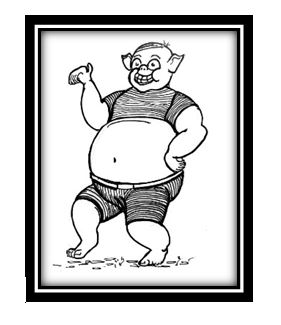 Clonk, the clumsy monster, was doing his best. He had just collided with a tree, which was rather surprising since he was practising his dance in the middle of a field where there was only one tree. Unfortunately for Clonk he had ungainly genetics, yet his desire to dance was unsurpassed. With a large hooked nose and messy hair, he wasn’t the most likely candidate to sparkle in the spotlight. Yet with odds against him, he was determined to win and would not allow his ungainly undulation to stop him. When humans can’t dance they say they have two left feet. Well Clonk had been born with six left feet, so walking in a straight line was quite a challenge, that was why he generally zig-zagged to his destination. In his favour his unpredictable attacks had worked in his fiendish forays. A monster storming from a random direction, not moving in a straight line and disastrously destroying the area through complete lack of coordination had provided quite a remarkable reputation. Clonk could always be relied upon for complete monstrous chaos and carnage. When he decided on a terrification target then he certainly had the capacity to destroy the area.

When it came to dancing Clonk had decided that he must have been given an advantage. Since he had six left feet, and feet were used for disco dancing, then if he could dance sideways then surely he would be unique. He had tested line dancing and was okay. He had discovered that being good at moving in one direction resulted in limited time on stage, so that didn’t really work. Through practice, where he had excelled was with the Can-Can, three legs at a time. Such leg-raising antics would be a spectacle and no one would expect a Clonky Clumsy Can-Can. Of course it would be astonishing and the challenge was not to kick anyone or anything of importance when he took to the floor. To make it increasingly tough, he would have to be courageous and overcome his fear of being seen. Being clumsy often drew the wrong kind of attention. So he had developed skills where he was brilliant at being a chameleon and blending in, yet such a contest meant that he would have to face being the centre of attention as the spotlight would be on him. He had to get over his social anxiety and Can-Can into a new comfort zone.

Clonk took a deep breath and leant against the tree as he thought. During the Can-Can did he lift alternate legs or the three on the left and then the three on the right? Maybe he needed to do a mixture of both. The problem was coordination wasn’t his strong point. Having six legs and synchronising them to walk was often testing. During his dance he was going to perform multiple leg lifts to music in front of the majority of the monster population. Clonk’s gut flipped and he felt that same fear he had felt before. Yet, he knew the only way he would move beyond his comfort zone was to step with all six feet onto that dance floor and provide a special spectacle that would go down in monster history! Half of him was excited while the other half was filled with dread. If he could just decide on the best leg lifting order then he would practice and practice until he was ready. He could do it! The Clonky Chaotic Can-Can was going to be the talk of the Monsters’ Dance! 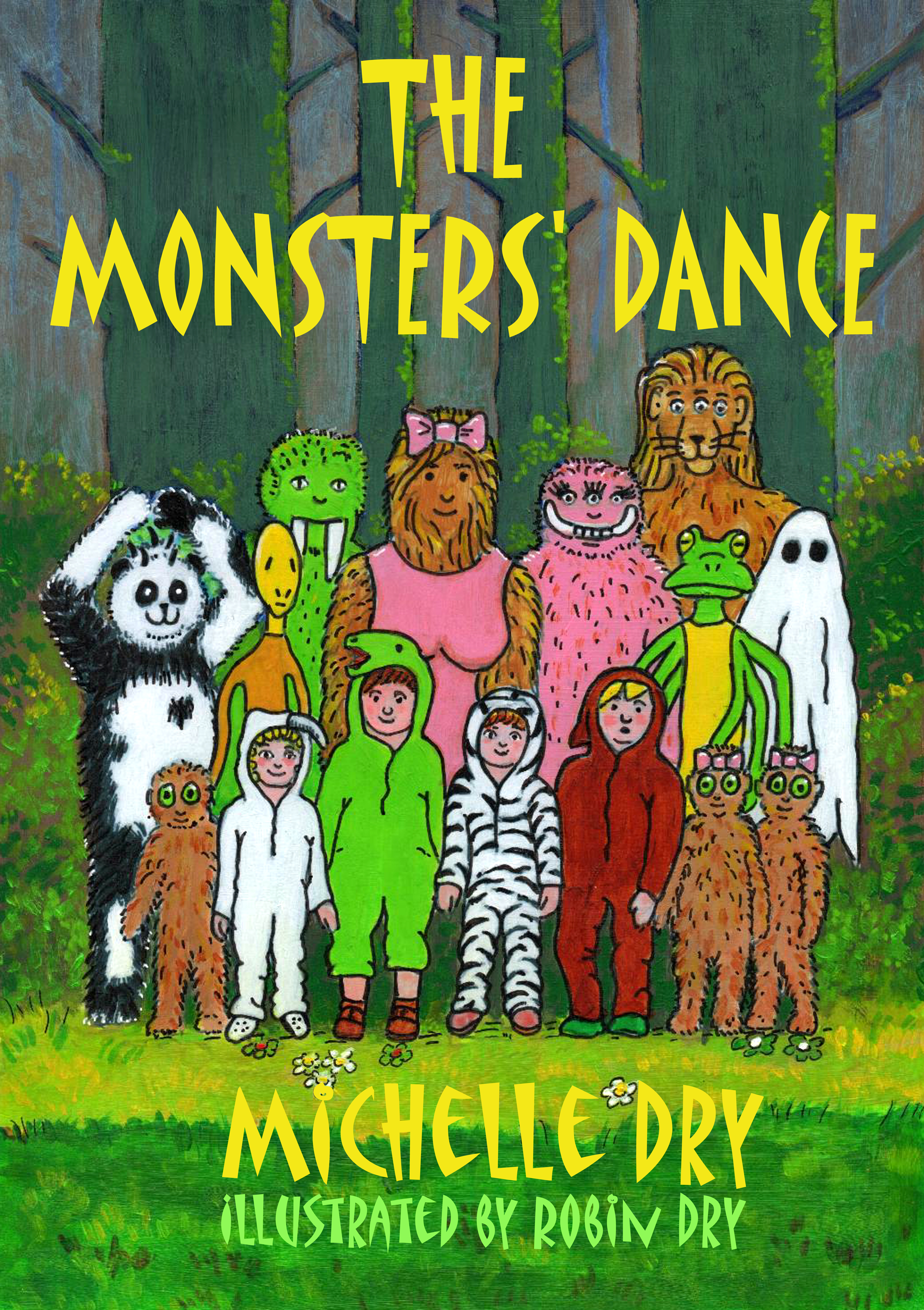