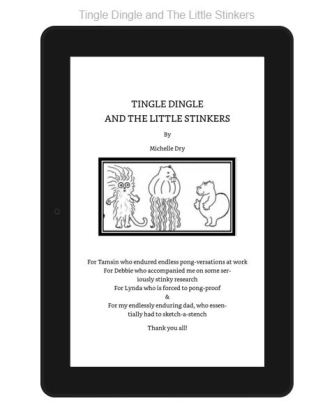 A couple in their late fifties, wearing yellow hardhats and bright yellow coats over tweed suits, made their way towards the camper van. Both wore sturdy Wellington boots and ambled like long distance walkers.

‘See I told you we needed Wellingtons,’ Auntie Joanna said with a grin.

‘I hope we aren’t going to be wading through sewage,’ said John without thinking.

Auntie Joanna wound down the window and greeted the couple with two tissues flowing freely from each nostril. ‘Good morning, sorry about the tissue,’ she said gesturing at her nose. ‘I called you earlier regarding the phantom smells.’

‘Ahhh Joanna, yes,’ replied the lady in a rather posh voice. She had grey bobbed hair and wore red lipstick. There was some coating her front teeth. ‘I am Mildred and this is Bertie. We are the ‘guardians’ of the Waftness Pump House.’ She peered through the window into the camper van. ‘Now that you mention it… we have noticed some rather awful odours arising, or as you call them ‘phantoms’,’ she said considering some of the rather unusual smell combinations that had been rising of late.

‘Yes and they are becoming more frequent too,’ Bertie said thoughtfully. He had dark well-trimmed hair with grey streaks about the edges. He wore a tweed hat and had a curled moustache. He also sounded like the type of man who read the news.

Bertie and Mildred smiled at the little boy waving his dinosaur from the back of the van.

‘Yes very stinky,’ said Bertie with a sigh. ‘So whiffy that it can make you feel quite ‘heady’.

‘Mildred and Bertie I should introduce you to Dianne, my sister and her husband John,’ said Auntie Joanna gesturing at Dianne in the front seat and John in the back.

John waved from the back of the camper van and Dianne lent forwards and smiled.

‘This is Tingle and that is Josh,’ Auntie Joanna gestured to the two children.

‘Hello,’ they both said at the same time.

‘As I mentioned on the phone the phantom pong turned up at their house and we found this letter.’

Auntie Joanna handed the letter to Mildred and Bertie who read it and glanced at each other with troubled expressions. ‘This letter is quite a concern,’ said Mildred. ‘You probably need to come in and have a cup of tea while we tell you a bit more about what we have been experiencing.’ 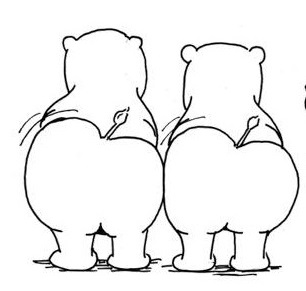 ‘Then we will take you into the tunnels,’ Bertie said with a solemn shake of his head.

‘Does it smell bad inside?’ Tingle asked pulling her jumper over her nose.

‘Nope. So far Waftness is fine inside. There are a few lurking pongs on the way in though. They have been hanging around over the last few days and some of them are pretty mean.’

Dianne and John smiled at Josh as John unbuckled Josh’s seat belt. Auntie Joanne climbed out and opened the van door. Once Josh was free he jumped out of the van and took a deep breath, ‘Poooooooooooooooooooooooooooooo! It stinks!’ he cried. ‘It smells like rotten seaweed with fish!’

Tingle darted out of the van after him, ‘Errrrrrrrrrrrrch!’ she cried. ‘That’s just horrid! I can smell it through my jumper too!’

‘You need your scarves Tingle and Josh,’ Dianne called after them.

Mildred ruffled Tingle’s hair. ‘That’s just the beginning,’ she said in a sad tone. ‘If what we think is going to happen comes to pass then those pongs are just mere warning whiffs. There is definitely stink trouble brewing.’

Auntie Joanna climbed out, pressed the button on her key and locked her van. ‘Have you received any letters?’ she asked as she caught up with the group, who were walking towards the pump house.

Bertie glanced at the family. ‘Have we? We’ve had more than letters. We have been doing our best to keep everything contained. We have alerted the authorities, who simply laughed at first and then said that they did not have any available staff to investigate the smells. We asked to talk to someone in charge about the ‘situation’. Of course they ignored us. When we tried to explain what was coming they said we were eccentric. One of them even said we had sniffed too much sewage from the sewage farm!’

‘Did you sniff sewage?’ asked Josh with a frown.

‘No Josh, we don’t do that. Sometimes the smell of sewage can be caught on the wind and we accidentally smell it but we don’t go sewage sniffing if we can help it.’ Bertie was definitely not a sewage sniffer.

The group paused when they arrived at the great doors of Waftness Pump House. The doors were three times the height of a tall human and were made of bronze. The carved picture on the door revealed the story of the Great Stink and how the Waftness Pump House had saved the day.

‘I like the doors,’ said Tingle gazing at the carved picture of the Thames winding through London.

‘I don’t mean to be rude but I would not have expected anything so elaborate to decorate what is technically a sewage pumping station,’ John gazed up at the tall chimneys and ornate brickwork. The building and its architecture was a piece of art!

‘Looks can be deceiving,’ said Mildred. ‘This isn’t just a pumping station – Waftness, with its four huge pumps, saved London from Cholera and the worst stink ever experienced in England. The structure was built with absolute love and appreciation. Everyone was so thrilled when the pongs began to subside that all the gentry and the rich people donated large sums of money because they wanted to be seen to have helped save the city. The thing with stinks is that they start off small and gather murky momentum. One moment there is a little bit of a nasal nibbler and quickly it evolves into a dastardly doom-filled air destroyer. Now if the Little Stinkers and the Supreme Stench have their way then the whole world will be engulfed in a stench-filled-smog that will torment nostrils worldwide.’ 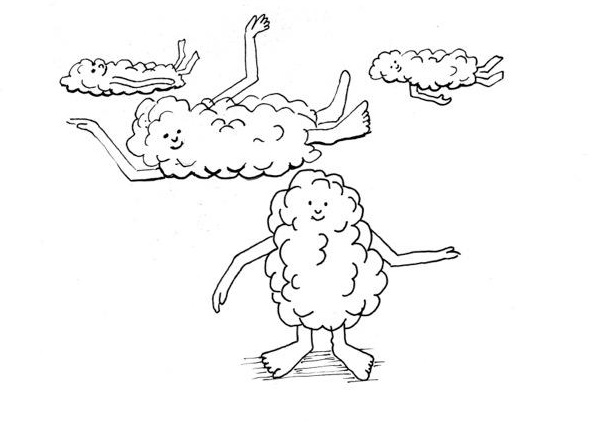 ‘What does torment mean?’ asked Josh.

‘It means something that will really upset your nostrils in a very bad way,’ said Bertie pointing at each nostril. ‘But we hope to stop it before the pong gets too large.’

‘How large can a pong get?’ asked Tingle.

‘There are no limits to the size of a pong,’ Mildred said sullenly. ‘Imagine the biggest cloud you have ever seen and a pong can be that big or even larger – a whopping great whiff!’

Josh was thoughtful. ‘I don’t want my nostrils to be upset.’

‘No…’ said Tingle. ‘I want happy nostrils and I want dogs to be able to wag their tails.’

‘Me too,’ said Bertie kindly. He rummaged in his tweed suit pocket and pulled out a lovely brass key. It was beautifully ornate too.

‘That is a beautiful key,’ said Dianne.

‘The Victorians were so proud of Waftness and what it did. So, everything they built here had a massive sense of pride and craft put into it. This place is one of the best kept secrets around London. We have open days to show the world the feat of Victorian engineering and how when great minds come together to solve a particularly stinky problem, that something wonderful can be constructed because of the common cause. Strangely, we mainly have tourist buses from Sweden and Denmark filled with engineers who have researched the Great Stink. Other than that many of the English don’t really know we exist.’

‘Oh,’ said Tingle. ‘Do you have any open days coming up?’

‘Yes, next month will be an open day and we will be open for guests from midday. We will also be celebrating our birthday because we opened in 1865.’ Bertie said.

‘Yes and the Great Stink hung around a while. It took a number of years to design and build this elaborate place. Plus, there had to be a holding place for…’ Mildred and Bertie glanced at each other, they had said a little too much.

The family were quiet, they watched Mildred and Bertie shuffle awkwardly.

Mildred and Bertie sighed, ‘So you know about Sebastian then?’

‘And we know about the Little Stinkers,’ Tingle said looking pleased with herself.

‘The Little Stinkers… Yes. Well, we will have a cup of tea and then you will have the chance to learn about the power of a Little Stinker and the different types of stink creatures. You might like to learn how they look and their traits’. Mildred glanced at Bertie, who nodded.

‘Yey!’ cried Josh and Tingle. They were going to discover a whole breed of little creatures who had harnessed pong power!

CLICK HERE FOR TINLGE DINGLE AND THE LITTLE STINKERS ON AMAZON.COM 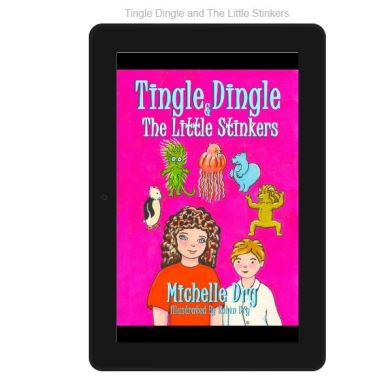 Illustrations by Robin Dry – Thank you!!!

One response to “Tingle Dingle and The Little Stinkers – Chapter 3”