LOUD AND PROUD THEY STINKED A CROWD

Dianne, John and Auntie Joanna laid slumped on the ground at the centre of pumping station while Bertie and Mildred removed their nose guards and cautiously sniffed the air. The atmosphere was clear of any suspicious smells and all the Little Stinkers stood looking particularly pleased with the stupendous stink they had created.

‘What made that particular stink better was how it dispersed so quickly,’ said Mildred. ‘I hate it when they hang around for days and catch you off-guard or even worse… you walk into them!’

‘Who would have thought that we would work in a world of stink,’ said Bertie who didn’t look terribly impressed. He had been caught off-guard by suspect smells many times in the past. ‘I prefer a sudden and shocking stink if I am going to be honest. Stink and go…’ said Bertie.

‘Yes, I get that but there are those long sustained stinks in the making too. Sebastian has been refining the long lasting stinks that can go on for years and years,’ Mildred sighed. ‘An endless ghastly smog of epic pong proportion… One stink that persists for eternity.’

‘Sebastian certainly has exceeded himself in stench creation,’ Bertie said shaking his head.

‘Well that is because he is beyond obsessed,’ Mildred said studying the family who were slumped on the floor.

‘That level of revenge is beyond comprehension and it is all going to stinkingly unfold tomorrow. Finally! Release the stink and then we can move onto new projects…’ Bertie stood for a moment and gazed around the pumping station. It really was a beautiful engineering masterpiece. He would miss living there when Project PARP – Putrid Aroma Revenge Plan was delivered and the Greatest Stench ever created engulfed all the major cities of the world.

‘Now we had best get these three to the Victorian Bathroom Boudoir, through the side door into the side room, before they come round. I think we will need the Stinkers to help us move them. We don’t want any of them waking up and escaping and informing on us!’ Mildred said glancing at the Stinkers who were watching the adults sleep.

‘Pongaroos if you could bounce Auntie Joanna to the Victorian Bathroom Boudoir. Whiley Wafters if you could waft John to the same place.’ Bertie glanced at Mildred ‘And we will carry Dianne with the help of the Grumpy Grunters and the Smog Sprouters.’

‘Oh and Stink Stonkers can you have a look for the children? They can’t have gone far. They are only little and as we know – children can’t really do anything!’

Mildred muttered to herself while she and Bertie escorted Dianne, who had been raised above the Grunter’s heads, to the Victorian Bathroom Boudoir side room at the far side of the main pumping station.

Bertie noticed Mildred’s mumbling, ‘Darling, you can’t change what has happened. We were just lucky that they came straight to the source. They could have gone to other extremes and let authorities know their findings. That could have messed up tomorrow’s tremendous event. We wouldn’t want the police sniffing around.’

Mildred made a loud huff, ‘The problem is that someone let them know that a stink was brewing. That means that we can’t trust all of the Little Stinkers, and Sebastian will go berserk if he finds out that one of them let one slip and alerted the world to what was going on. He has worked for close to a couple of hundred years to take his revenge and we don’t want it ruined now when we are so close!’

When the group arrived at the side room they paused. ‘The Victorian Bathroom Boudoir’ was written on the door sign. When they opened the door it revealed a luxuriously decorated room with gold embossed decorated plum purple wallpaper. There were plum velvet sofas and chaise longue with gold trimmings in each corner of the room. What made the room rather unique was that it had numerous beautifully decorated historical porcelain toilets lined up along the walls. Since most of the toilets were white with decoration, silver or gold, they stood out against the pretty plum coloured walls. On the opposite wall to the door there was a brass plaque that stated – ORNAMENTAL LAVATORY LOVELINESS. Some of the most beautiful and ornate Victorian toilets ever created were arranged in a line like seats. It seemed that the room was part of the pumping station museum and was dedicated to ornamental Victorian toilets. Some of the Stink Stonkers held the door open while the other Little Stinkers lifted Dianne, John and Auntie Joanna onto a velvet sofa each. They were careful to make sure they laid them down so they were comfortable.

‘I just can’t imagine that some of the Little Stinkers would let a family know what was looming.’ Mildred was clearly upset that stinking informants were going to the outside world to warn of the impending stink. What’s more, it seemed she was in an endless churn about it. ‘Who would do such a thing?’ she muttered furiously.

Bertie shook his head with dismay. ‘It’s good how you suggested the visitors accidentally figured it out. If Sebastian was aware that the Little Stinkers had even visited the outside world without his permission then he would go ballistic. He would wonder how they had escaped the ‘pumping prison’.’

Mildred paused and rubbed her back after she propped Auntie Joanna’s head against the arm of the sofa. ‘Worse than that… he would realise that there are no guards outside intending to hunt him down if he escapes. Apparently the Queen said to him when he was sentenced that there would always be guards outside forever, and if he even tried to make an escape then he would be hunted down.’

Bertie nervously rubbed his hands. ‘If I found out that I had been imprisoned for so long and could simply walk out without anyone knowing… then I would be furious. There would be a second wave of revenge!’

Mildred studied her husband, ‘We will have to wait for that moment when it arrives and respond when it happens.’ 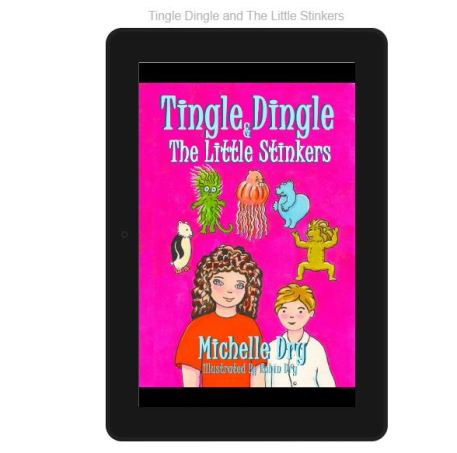 Illustrations by Robin Dry – Thank you so much!