PONGPENDIUM – What Kind of Little Stinker are You? A Tangy Twerper?

The Tangy Twerper really is a cool creature amongst the Little Stinkers because it rolls in like a ball and unfolds like an armadillo. What’s more, there is lots of armour covering it like the scales of an armadillo or dragon. Admittedly it is very sweet looking and quite colourful when you look at it from different angles. When it uncurls to stand on all fours you might be surprised to notice it has a long trunk which it uses to smell around corners. Its eyes rise up on stalks like a snail and can also look around corners to watch the response to its stink.

These Little Stinkers are intriguing because they can quite literally roll in and unfurl to reveal a creature that resembles an armadillo. What makes them all the more exciting is they have eyes on stalks that can see around corners and… they have trunks. They have stink-proof armour and that capacity see round corners means they are really ahead of the game. How cool is that?

Now imagine a whole army of these armour-clad creatures rolling down a hill and gathering stink momentum. In terms of good, it is more a case of these creatures being mysterious and the noise they make when they unfurl sounds like chainmail being rolled over a tiled floor.

There is a lot of bad when it comes to this creature and the Great Stink potential. Imagine being at the bottom of a hill and a mass of these menacing murk makers rolling at speed in your direction. Then, when they arrive, they all unfurl as one and…. Boom-bottomy-doom! That would be pretty awful; although, as mentioned, they have eyes on stalks and can see around corners. Their trunk can also proceed around the corner to check the air is clear before releasing a repugnant reek. They have every eventuality covered and are also protected, which means when the going gets tough they can get rolling.

THE STINKING UGLY – HOW THEY ‘GET YOU’

There are other times when a mass of Tangy Twerpers roll down drain pipes, or along corridors until they discover their Tangy Twerpin Target. The Twerpers can be pretty stealthy too because they will scope out their target using their ability to see around corners, roll in, release the bottomy beast and then roll away again leaving the Tangy Target bothered, bemused and broken.

Tangy is the key here. What smell do you think has the ultimate tang to it? You probably guessed vinegar or lemon right? Well, when the Tangy Twerper’s smell strikes it is sharp like a stinking spear cutting through the air. So let’s consider the depths of this odour. It is a combination of dog-blow-off coated in vinegar. Does that appeal? It could be described as a defiant sharp parp.

The idea for this Little Stinker came from the saying ‘a rolling stone gathers no moss.’ Sebastian Stinkworthy always found that a peculiar saying, even if it was true. How often did stones roll and surely they would come to a standstill at some point. What particularly captivated him was the idea of a Little Stinker rolling in. That mental image made him think about avalanches. He then thought about rolling stones and the power of a mass of rocks rolling down the hill in droves. It was then that he considered all the different creatures that could curl and roll. As sweet as hedgehogs were, they didn’t have quite the same appeal as armadillos. So Sebastian Stinkworthy modelled the Tangy Twerper creature on an armadillo. He particularly liked the fact that it not only made a tangy twerp, it also had armour to protect itself. It could roll in, terrify with tangy twerp and then roll away again. One other thing that turned up was that their trunk could make a trumpeting sound. There was something in that unexpected discovery that inspired Sebastian Stinkworthy. 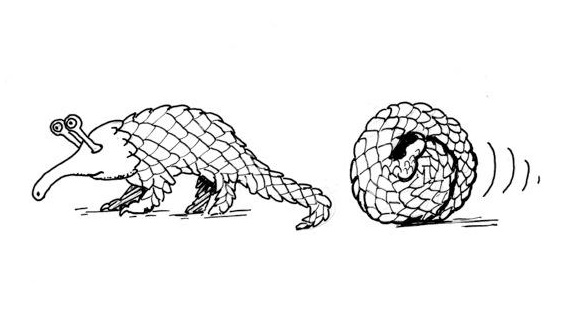 Do you have a diet of fish and chips? When you eat those chips or potato fries – do you coat them in vinegar? The key issue here is the tang that comes from your bottomy-thang. Some people who drink lemon juice with hot water in the mornings end up with a decent bit of gaseous twang too. Most of the time they won’t admit it; however, if you have something acidic in your diet then there is going to be a sharpness to your parpness.

Also, something that Sebastian Stinkworthy noticed is that the armour on this creature not only protected it, it also seemed to make it deny what it had done in terms of terrible twerps. So it is likely that you may not even know when you have let one go. Weird hey? You are unaware that you were the creator of a sharp phantom parp. Well done!

The Tangy Twerpers certainly captured Tingle and Josh’s attention in Tingle Dingle and The Little Stinkers:

‘Ah and now we have the Tangy Twerper,’ Mildred said ushering the next creature into the ‘arena.’

The Tangy Twerper creature rolled in like a ball and unfolded like an armadillo. The creature had lots of armour covering it like the scales of an armadillo. It too was very sweet looking and when it uncurled to stand on all fours the group noticed it had a trunk.

‘It looks like an armadillo but with a long trunk,’ said Dianne with a tone of surprise.

‘It can smell round corners,’ said Bertie

‘Ohhhh what is it doing with its eyes?’ asked Josh.

The creature’s eyes rose up on stalks and followed the trunk around the corner.

‘Well there is no use being able to smell round corners if you can’t see round them too.

WHAT MAKES THEM SMILE

They smile at the excitement of rolling down a hill together. There is something very exciting about making a rapid rolling assault. Prior to a mass rolling event the group all glance at each other with their eyes on stalks and lift their trunks. Together they make a Tangy Twerper trumpeting call, roll into a ball and go. They love it. A rolling Tangy Twerper gathers plenty of gas!

Fish and chips with plenty of salt and vinegar. They particularly like pickled onions and pickled eggs. In fact anything with chutney, so they do like a good cheese and pickle sandwich too. Although fish and very vinegary chips certainly fuels their bottomy backlash.

A LITTLE BIT OF WEIRDNESS

There was a time when Sebastian Stinkworthy considered launching the Tangy Twerpers from canons. That way if there was a fort or a castle to send a twerper in to then they could infiltrate that way. Although firing the creatures from canons drew attention to them. With that in mind, he realised with a little bit of magic, the Tangy Twerpers could roll up hill at the same speed as rolling down a hill. Those kind of phenomenon can only really be made when you have magic at your disposal. Since Sebastian Stinkworthy had been granted a wish that made him a great wizard, was it any wonder that he used such skills and defied physics? Anyway, Sebastian in a moment of great inspiration, decided that Tangy Twerpers rolling up drainpipes into castles and forts was a far more effective way to deliver a terrifying tangy twerp. The Twerpers could be stealthier and deliver a greater range of stink through rolling too.

THEIR PART OF THE RASPBERRY RHAPSODY

The Tangy Twerpers certainly believe in making an entrance and of course they perfected their performance:

A mass of rolling armadillo-like creatures rolled in formation to the centre of the room. There was a united sound as they unfurled it sounded like a series of clicks… and they timed their unfurling perfectly. They then all rose as one and a new beat began.

The armadillo unfurling made the rest of the room create a stomping sound like a drum beat. A moment later a trumpet sounded from each of the Tangy Twerpers’ trunks….

‘Tang-a-lang a stink – we will make you blink la la laaaaaaaaaaaaaaa.’

‘More… I WANT more!’ The man from the podium demanded lifting his arms.

‘Ohhhh that is good but henge and revenge? Really… Oh who cares? It provides the right message to the world… Plus this is like no opera that anyone on the outside world will have ever witnessed and they certainly will never have smelt anything quite like it! Little stinking creatures singing an odorous opera while catapulting stench in all directions. Genius! The vision is beautiful!

Sebastian was proud of himself.

WHERE YOU ARE MOST LIKELY TO FIND THEM

Tangy Twerpers like to roll up into balls. They particularly like the corner of cosy sofas and enjoy a good armchair. They can be witnessed gathering at the top of a hill in a mass before descending as a menacying murky mass. The next thing you know there is a Tangy Twerper trumpeting and boom… The rancid rapid rolling results in a reeking release.

ADVICE FROM THIS LITTLE STINKER

Enjoying a good roll around with your friends is a fun day out and it is also worth learning how to sound a bugle or trumpet to coordinate all of your friends to do something at the same time. 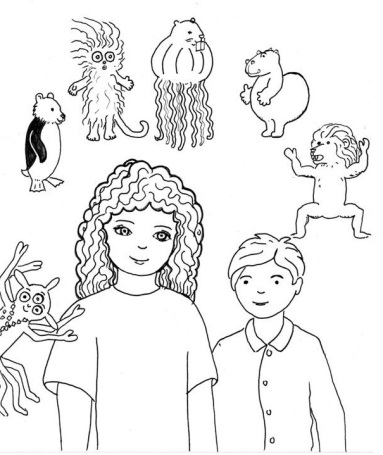 THE DANCE OF THE LITTLE STINKER

There is a lot of rolling in unison since this Little Stinker travels in groups. They are particularly good at formation rolling, unfurling and trumpeting to a decent tune.

HOW THEY LULL YOU INTO A FALSE SENSE OF STINKING SECURITY

Since they can see around corners and sniff to make sure the air is clear for a stink delivery, you are likely to be innocently working and notice a terrible twang in the air. You won’t know where it has come from either, although you might notice two eyes on stalks peering at you from behind a wall.

When the Great Stink first took place Sebastian Stinkworthy utilised a Team of Tangy Twerpers to invade the palace. They were very calculated in their rolling formation and fooled numerous guards who thought they might be seeing things. The Tangy Twerpers even scared Queen Victoria’s dogs, who at first got excited and thought they were balls to chase or play with. Unfortunately those dogs made the mistake of sniffing a Tangy Twerpers bottoms and passed out with a yelp. That was before Sebastian Stinkworthy realised that animals should not be affected by stinks and re-engineered his pongs, niffs, guffs and stenches so that dogs could still wag their tails no matter how bad the international pong became.

THE MORAL OF THE STINKY STORY

A rolling Tangy Twerper is terrifying when armed with a vinegar-based-bottomy-tangy-stench.

ILLUSTRATIONS BY ROBIN DRY – THANK YOU!